As we get closer to releasing Ingredients of Outliers: Women Game Changers, our anticipation and excitement has been steadily building to give you the final names of the women featured at outliers. As you may recall we have already announced some outstanding women who we’ve referenced for you here:

And for the remaining women featured in Author John Shufelt’s upcoming Outlier Series book, Ingredients of Outliers: Women Game Changers, can I get a drum roll please? It is with great excitement that I reveal the participation of Jenny McClendon and Sharon Guynup! If you haven’t already come across the WEtv mom Jenny, or the works of Guynup, we know you’ll greatly enjoy learning more about the incredible lives they lead- and not just due to their impressive resumes, but truly because of the perseverance, hard work and challenges they have overcome on the way to their goal. They are outliers. Now let me give you a little snapshot of who they are, before you read more about them in the Outlier Series’ upcoming book.

Jenny McClendon, who describes herself as a “Jesus lover, crazy happy wife, proud mama of nine, passionate traveler and a running fool”, also works as a physician assistant in a Phoenix based urgent care center, and sees patients daily via the telemedicine company, MeMD of which author John Shufeldt is the founder and CEO. If you are anything like me, you are probably still stuck on the fact she is a mother to NINE children and still manages to have time in her day for anything else. McClendon juggles her dream job while still being a rock star mom to all her kids. When we asked her how she does it, she told us, “Bottom line… I don’t ‘do it’. I live it”. McClendon reminds us of the importance of living in the moment and to embrace the good and the bad.  We. Really. Respect. Her. 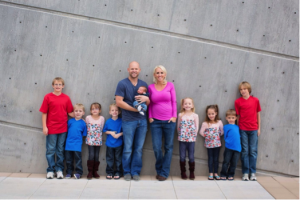 Sharon Guynup is another woman whose accomplishments simply leave us speechless, and happens to be quite the “rock star” in her industry. She adventures the great outdoors as a freelance environmental journalist and photographer who has been published in the Smithsonian, National Geographic, Huffington Post, The Wall Street Journal, Scientific, BBC Wildlife American….(pausing to take a breath)….The Boston Globe, Scientific American Mind, USA Today, and Popular Science…to name a few. She currently blogs for National Geographic “Cat Watch”, and recently collaborated with National Geographic photographer Steve Winter to publish the book Tigers Forever. The book and blog focus on the dramatic story of the tigers’ fight for survival. Guynup has also been featured in a TEDx Talk. The Outliers Team is maybe a little addicted to TED Talks, and are even rooting for getting John nominated (hint: you can too). Check her out on TEDx here! 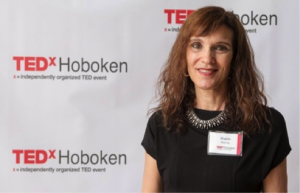 Now that you’ve learned their names and a bit about their bios, aren’t you excited to know how they found themselves on these journeys and what challenges they encountered? Stay tuned for our next announcement- the publish date of the Outlier Series’ upcoming book!

Previous: Get Your Dream Job: Ace your Next Job Interview
Next: How your words can be a game changer #InspireHerMind #RunLikeaGirl