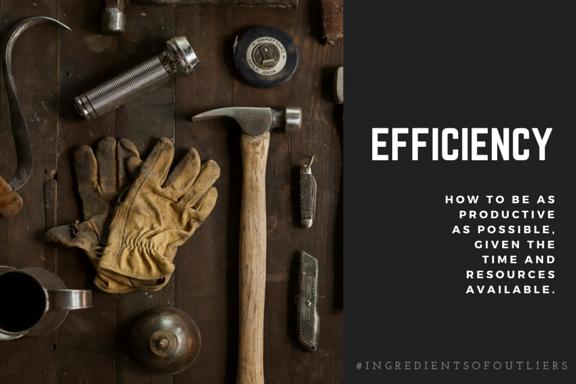 From Chapter 13 “Efficiency” in Ingredients of Outliers.

Have you ever met people who just seem to get more done in the day than everyone else? They never seem harried or stressed, or even busy. Yet their output is over the top. They must know something the rest of the world doesn’t about efficiency—how to be as productive as possible, given the time and resources available.

For example, how is it that Theodore Roosevelt accomplished so much during his relatively brief lifetime? He died in 1919 at age 59—long before the Age of Technology—but his record clearly reveals a man who was ahead of his time and always on the go. In a 2006 profile of him in TIME magazine, he was called “The 20th Century Express,” and a brief look at just some of his achievements confirms the accuracy of that description.

Just reading that list can make me tired. Measuring your output by Roosevelt’s standards makes all of us appear inefficient and under-performing.

Previous: Have you heard back yet from that college or scholarship you applied to? What you should be doing NOW to stay on top of financial aid and college applications.
Next: Cheers to “Don’t Cry Over Spilled Milk Day