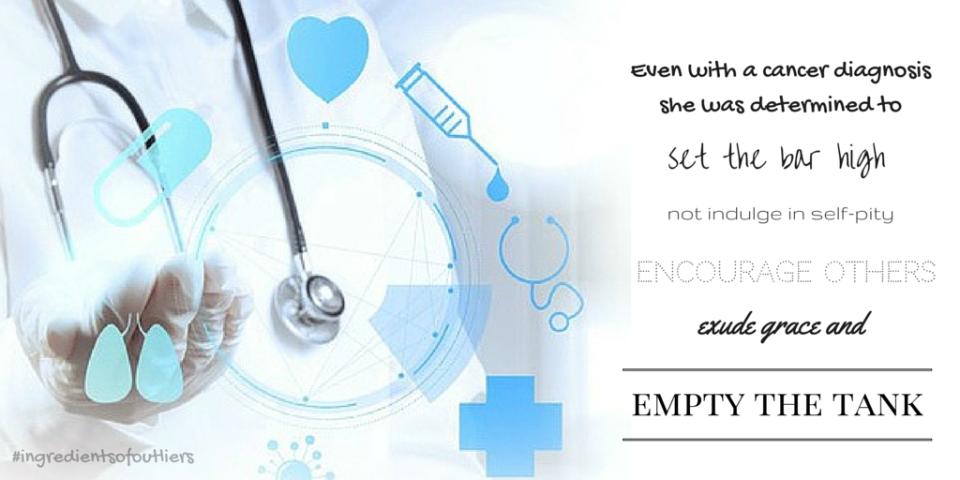 From Chapter 12 “Indefatigable” in Ingredients of Outliers.

On September 16, 2007, I had to do something I never, ever wanted to do, nor do I ever want do it again. It was a beautiful Sunday in Phoenix. I was sitting in my office with the door to the rooftop patio overlooking twin runways open to let in the warm breeze. I was taking a bit of a break and called Bill and Colleen, close family friends. Bill was a founding partner in a law firm where I am “Of Counsel.”

By coincidence, he and I went to the same university. He graduated from law school the same year I started as an undergraduate, so we never actually knew each other while at Drake. As it turned out, I was hired as an expert witness on a case he was defending and we became fast friends. After I passed the bar exam, his firm hired me on a part-time basis to assist on medical malpractice defense cases. Over the intervening years, our family became even closer to Bill, his beautiful wife Colleen, and their four dynamic daughters.

On this particular Sunday, he told me his wife Colleen (an RN by training) was not feeling well. Her abdomen was bloated and her back hurt. She was 53. At this time, I had known Colleen for about seven years and had never, ever heard her complain—about anything. The fact that she didn’t feel well, and told anyone, sounded ominous.

After some coaxing, I convinced them to meet me in the emergency department where, after a brief history and exam, I ordered a battery of blood work and imaging studies. Right after the CT scan of her abdomen and pelvis was completed, I ran up to the radiology suite to go over the study in person with the senior resident radiologist. I related the history and exam to her. She inquired why I was in casual clothes (shorts and a tee shirt) and why I was so interested. I told her of our friendship and how I was concerned. She looked at me with large tears rolling down her cheek and said, “I’m so sorry, but I think your friend has metastatic ovarian cancer.”

I know enough gynecology to know that particular diagnosis was a death sentence, and I was absolutely dreading having to share the news with Bill and Colleen. I went back downstairs, sat down, took Colleen’s hand, and shared the news as gently as I could. She responded by thanking me, and apologized that I had to be the one to tell her. “I can only imagine how difficult this was for you,” she said. In many ways, I’m glad I was the one who told her and, at the same time, that experience was the worst moment of my medical career.

Colleen died early in the morning on February 23, 2013. During the time from the diagnosis to her death, she absolutely emptied the tank—every day, every waking hour. She traveled the world and cared for her family and extended family—essentially everyone she has ever touched. She also started a foundation called Colleen’s Dream (to support research for the early detection of ovarian cancer), and was a fantastic friend and role model to her four beautiful daughters—and everyone else.

Remarkably, as her body grew weaker, her determination and courage grew stronger. It wasn’t necessarily her will to live; she knew she was dying and accepted it as well as anyone could who was given the diagnosis. It was her determination to set the bar high, to not for a moment indulge in self-pity, to encourage others, to exude grace, and to empty the tank.

She died with her four daughters sitting on her bed—at peace, with her face turned eastward. Early the next morning, before the world knew of her passing, her close friend awoke and immediately jotted down a poem which she sent Colleen’s daughters in an email. It said, “Early this morning, I was awakened with a poem — I had no idea why, but it poured out already composed — and I feel certain Colleen was sending this to you… . I’m honored to be the messenger and please know I am holding you all in my heart. ”

When my days of life have ended

And my time on earth is done

I’ll lay my weary head down

And turn my face towards the sun.

I’ll hold a thought of you, dear,

As my heartbeats slow to none.

I’ll carry your love and laughter with me

On my journey back to One

Previous: The latest in the Tiger Crisis from Woman Game Changer Sharon Guynup on NationalGeographic.com
Next: February Causes to Celebrate