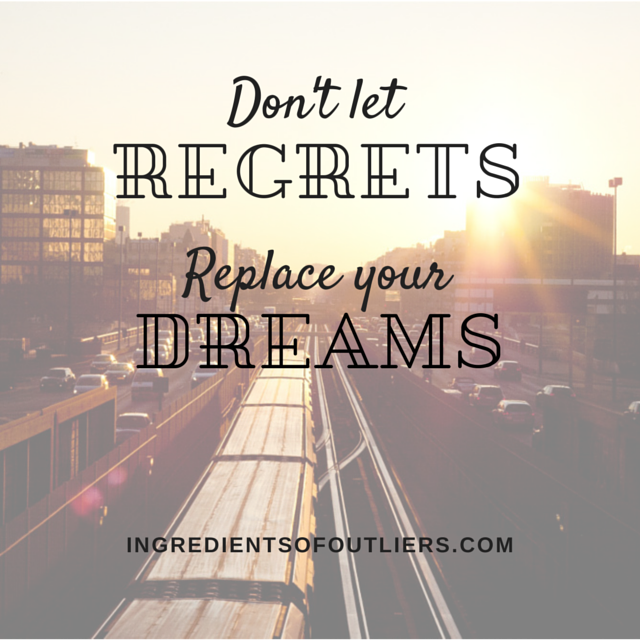 From Chapter 3, “Persistence, Press on!” in Ingredients of Outliers

Chances are you’ve never heard the amazing story of a man named Cliff Young, but he’s a legend half a world away—in Australia, the Land Down Under.

The legend began in 1983, as the inaugural foot race from Sydney to Melbourne was about to get underway. It was an ambitious undertaking, covering a distance of 875 kilometers, or more than 540 miles. That’s the equivalent of running nearly 21 complete marathons—in a row! To put it in perspective, that would be similar to running from New York City to Raleigh, North Carolina or from Los Angeles to Reno.

About 150 superbly conditioned athletes had signed up to participate in what was expected to be a six-day event. So race officials were taken aback when Cliff Young showed up and requested an entry form, saying he was ready to go. This 61-year- old, wearing overalls and galoshes over his work boots, didn’t exactly fit the picture of a world-class distance runner.

Convinced the man was either crazy or that it was some sort of publicity stunt, officials told him he couldn’t run. But Cliff Young was determined to compete. He’d spent his life on his family’s sprawling 2,000-acre farm, with 2,000 head of sheep. His family was poor and could afford neither horses nor tractors, he explained. Whenever the storms rolled in, Cliff ’s job was to start running and round up the sheep. It was no small task. Sometimes, he said it would take two or three days of running to finish the job.

It sounded like a totally improbable tale but, reluctantly, the officials allowed him to enter, hoping he wouldn’t drop dead during the race. Off they went, and the world-class athletes were quickly out of sight, leaving old Cliff way behind, shuffling along in his galoshes. But no one had thought to explain to him that the race plan called for eighteen hours of running, followed by six hours of rest, so he just kept right on shuffling along. After all, it took perseverance to round up all those sheep when the storms came; there was never time to take even a short break.

By the fifth day, Cliff had caught and passed them all, easily winning the race, and becoming a national hero. It was the centuries-old Aesop’s Fable, The Tortoise and The Hare, brought to life. Ironically, many of these super athletes who had first sneered at Cliff ’s peculiar shuffling style later adopted it themselves, finding it better suited for extremely long distances.

But there’s more to this Cliff Young story—a lot more. He continued to complete in ultra-marathon events, training for them by running 30 kilometers (18.6 miles) a day on his farm. Then, at age 76, he announced that he would try and become the oldest man to run completely around Australia, which is roughly the size of the continental United States.

The distance: 16,000 kilometers, or nearly 10,000 miles! It was an extraordinarily ambitious undertaking but, unfortunately, through no fault of his own, he was unable to achieve his goal. His only permanent crew member, who drove the support vehicle and provided Cliff with food and water, became ill during the run and Cliff had to stop.

Cliff was very disappointed about having to quit the run after only 6,520 kilometers, or more than 4,000 miles. He’d been running for nearly three months, averaging the equivalent of about one-and-a- half marathons a day—at age 76!

But it was more than his amazing feats of perseverance and courage that made Cliff Young a great man. He was an inspiration to millions and a great encourager of younger runners. In 2004, the year after his death at age 81, the organizers of the race where he first gained fame permanently changed its name to the Cliff Young Australian Six Day Race in his honor and memory.

There are two other parts to the Cliff Young story. When he entered that first race in 1983, it never occurred to him that there was any prize money involved, and so he was quite surprised to learn he had won $10,000, a huge sum for that poor farmer. However, instead of keeping it, he gave $2,000 to each of the five runners who had finished most closely behind him.

And the main reason he was so disappointed at having to quit his run around Australia was that he had undertaken it to raise money for homeless children!

Give me people like Henry Knox, Theodore Roosevelt, Wilma Rudolph, and Cliff Young—men and women who won’t quit, who have great attitudes, and who refuse to let obstacles or setbacks cause them to abandon their dreams. I’ll hire them in a second and they will be very successful.

Here’s the bottom line: if it was easy, everyone would do it. With ordinary talent and extraordinary perseverance, all things are attainable. I relish the challenging opportunities. The higher the bar to clear, the more difficult it is for everyone else as well.

It’s your choice. You can live in the world of regrets, the world of “If only …,” of “I coulda, shoulda, woulda…” or you can follow the examples of those whose stories I’ve shared.

Perseverance, determination, tenacity, persistence — or whatever term you choose to describe it — is the “secret sauce” which separates the achievers from the wishful thinkers. Don’t let regrets replace your dreams. Follow this advice from the pen of Langston Hughes, the famous African-American poet and author: “Hold fast to dreams / For if dreams die / Life is a broken-winged bird / That cannot fly.”

Previous: The Art of Constructive Criticism
Next: Is the Creative Gap Holding you Back? Master your craft and minimize your doubt with these tips.