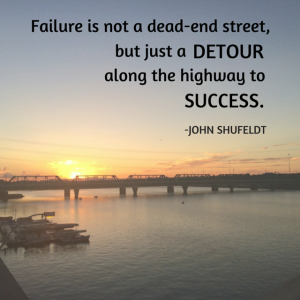 With my newly discovered burst of self-confidence, I decided to launch my business career. But where to start? I’d once entertained thoughts of owning a restaurant. I knew nothing about restaurant operations, so I thought it would be less risky to start out with hot dog stands. I bought five of them, and in the winter in Phoenix, Arizona, they did really well—in the summer, however, not so much.

The hot dog stands were a huge failure—but that didn’t stop me. Since then I’ve started, or invested in and owned, or continue to own:

In 1993, I launched what became NextCare Urgent Care, which at one point was one of the largest privately held urgent care companies in the country. Two physician partners and I started NextCare with $10,000. One partner bailed out after two weeks and the other is still a stockholds, but didn’t want to take on more debt or risk. I didn’t take a salary for 11 years and worked about 80 hours a week on top of practicing emergency medicine.

Sadly, and I suppose thankfully, I left some of my less memorable ideas on the design table. A few of them which didn’t stick include:

Until sometime after NextCare was in existence, one common denominator fit a lot of my earlier business ventures, at least initially: I didn’t know what the hell I was doing! Prior to earning an MBA, the only business class I’d ever taken was typing (which I failed) in high school. Hence, I operated on a purely gut level instinct and made lots and lots of mistakes.

For example: my snow shoveling and grass cutting abilities nearly got my parents sued; my candles melted without lighting; and my chocolate tasted oddly of wax. (I used the same molds.) Who knew? I once ran out of gas in my ambulance just after I’d dropped a patient with an abdominal aortic aneurysm off at the hospital.

Once I got very hungry while flying a helicopter and landed out in the middle of the reservation, right next to a small Indian Fry Bread stand. How could I have known the five-gallon container of powdered sugar wasn’t covered? Those poor people wound up looking like ghosts as a large plume of powdered sugar rose from the roofless stand.

While working at the hot dog stand, after spending all day in class and all night in the ED, I saw this guy staring at me in Home Depot while I had about fifteen people waiting for their hot dogs. Every time I looked up, he was still staring at me. Finally, he walked over and said, “Don’t I know you from somewhere?” I had no idea who he was and told him so. Undeterred, he went on, “Wait, don’t you work in the emergency department of St. Luke’s Hospital?”

I was mortified! He continued, “You sewed up my foot last week and you left some glass in it!” Struggling to regain my composure, I said, “That’s why I’m selling hot dogs now.”

I co-wrote, co-produced, and “co-starred” in a TV pilot to be called “Your Health A-Z.” I’d never really done any acting, so I went to a famous ex-soap opera star who gave acting lessons. After a few lessons, during which I would have to read little scripts with her, she told me she wanted me to read some lines in a voice like I was trying to seduce her. Instead, I quoted a line from the film “Zoolander,” when Jon Voight says to Ben Stiller: “Damn it, Derek, I’m a coal miner, not a professional film and television actor.”

She said: “Are you trying to be funny? ’Cause you’re not. In fact, you’re so boring I need to make a pot of coffee just to drive home.” Thinking she traveled a long distance, I asked, “How far away do you live?” She said, “About a mile.”

Not surprisingly, that was our last meeting. Consequently, she never told me that men should not wear shorts on television because, when you’re sitting down, low angle camera shots tend to enter the domain of the Spice Channel. Needless to say, the show’s ratings went way down and one kind viewer wanted to start a nonprofit fund for me—use your imagination.

But I learned—and learning is the key. The point is this: if you approach failure as simply a hurdle to jump or an event from which you can learn, failing’s not so bad. In fact, it may lead to your next success. If you’re willing to learn, willing to risk, and willing to either conduct serious reflection or accept criticism from others, failure is a necessary ingredient of success.

Failure has many wonderful and valuable lessons to teach us, so let’s look at a few examples of successful people who learned that failure is not a dead-end street, but just a detour along the highway to success.

Previous: The Gift of Failure
Next: Don’t Give Up