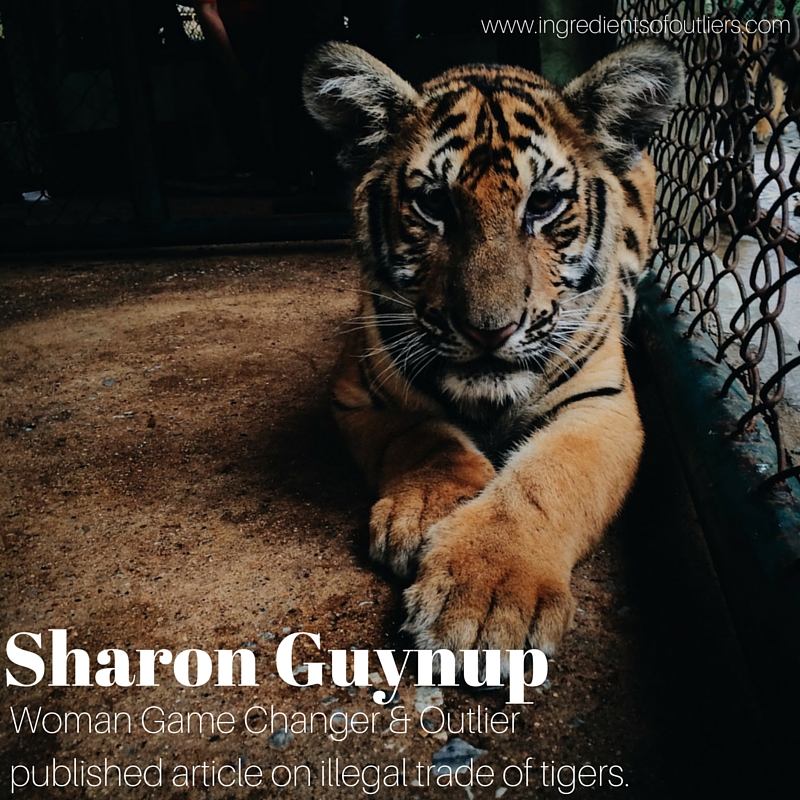 If you aren’t caught up on the world’s tiger crisis, you can get briefed on our previous post from Big Cat Week last year. It doesn’t compute for most of us- but when you really think about it, 3200 is not a lot of tigers, and little do most people know that despite their presence on the endangered species list, they are still poached, sold into the black market for rugs and eaten as a delicacy in many places of the world. Guynup and Winters seek to expose the biggest threats to the species and uncover their plight as an endangered species in the book, Tigers Forever.

The Latest on the World Tiger Crisis

Since becoming ensconced in the plight of tigers, Guynup has kept her finger on the species’ pulse. She recently traveled to the famous tourist attraction, the Tiger Temple in Thailand, to find out what happened to three tigers that purportedly disappeared in December 2014. In recent years animal welfare advocates have alleged that tigers at the temple were abused and exploited by the monks. New allegations – the illegal trade of tigers were brought to public attention in February 2015 when the temple’s veterinarian resigned and went to the authorities.

Read the National Geographic article, published January 21, to learn more about the Tiger Temple, the exploitation and illegal trade of tigers, and actions being taken to stop this atrocity.

Thank you, Sharon Guynup, and National Geographic, for your continued coverage on this topic.

Previous: Have Fun at Work Day- Why enjoying your job equals money signs all around!
Next: Super Woman on a Mission