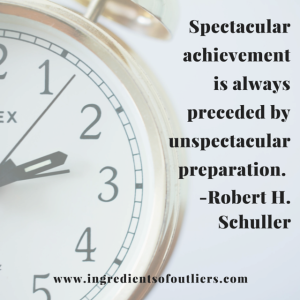 During my careers as a physician, attorney, and entrepreneur—and as a pilot—I’ve come to rely heavily on a relatively simple but highly effective tool to ensure that I’m thoroughly prepared to carry out my prescribed responsibilities, as well as to respond effectively should something unexpected occur. That tool is called a checklist—a significant asset, in a wide range of activities, to prepare to deliver positive results and prevent negative ones.

A pioneer and a champion in the cause of checklists in the world of medicine is surgeon and author Atul Gawande. In his 2009 book, The Checklist Manifesto, Doctor Gawande writes:

We have accumulated stupendous know-how. We have put it in the hands of some of the most highly trained, highly skilled, and hardworking people in our society. And, with it, they have indeed accomplished extraordinary things. Nonetheless, that know-how is often unmanageable. Avoidable failures are common and persistent, not to mention demoralizing and frustrating, across many fields— from medicine to finance, business to government. And the reason is increasingly evident: the volume and complexity of what we know has exceeded our individual ability to deliver its benefits correctly, safely, or reliably. Knowledge has both saved us and burdened us.

That means we need a different strategy for overcoming failure, one that builds on experience and takes advantage of the knowledge people have but somehow also makes up for our inevitable human inadequacies. And there is such a strategy— though it will seem almost ridiculous in its simplicity, maybe even crazy to those of us who have spent years carefully developing even more advanced skills and technologies.

It is a checklist.

We probably don’t think of them specifically as “checklists,” but we use them regularly in a variety of ways. The outline for this book is a checklist, as is that grocery list on your refrigerator door. How many times have you had to make a second trip to the grocery store for an item on that list, which you’d forgotten to take with you the first time?

Want to get organized and make better use of your time? Nearly always, the first recommendation will be to keep a “to-do” list, and to check off each item as you complete it. Recipes are checklists, and so are budgets, Christmas card lists, and those written directions you keep in your car for your occasional visits to Great Aunt Maude’s place out in the boonies. Simplicity indeed!

In his review of The Checklist Manifesto, best-selling and award- winning author Malcolm Gladwell writes: “Gawande is a gorgeous writer and storyteller, and the aims of this book are ambitious. Gawande thinks the modern world requires us to revisit what we mean by expertise: that experts need help, and that progress depends on experts having the humility to concede that they need help.”

Two similar and tragic events involving private pilots based in the Phoenix area underscore the benefits of checklists and what can happen as a result of inadequate preparation. In both cases, the pilots realized—shortly after takeoff—that they had failed to secure doors. One radioed that he could take care of it himself and, thus distracted, he crashed his plane into the side of a building and was killed on impact.

The other pilot, on departing from San Diego, reported his problem and radioed that he was returning to the airport. A few seconds later, the plane crashed onto a golf course, killing three of the five family members on board.

I fly a variety of aircrafts about 200 hours per year. On multiple occasions, using a checklist has saved me from damaging the plane and probably injuring myself or others. Something as simple as latching a door can be the only difference in which side of the turf you reside.