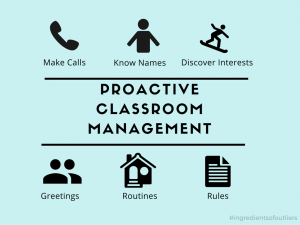 I remember preparing for my first year as a high school English teacher. It seemed as if I was one thousand emotions rolled into one tiny ball. While I was not at all concerned about how I would teach the material or my content knowledge, I was overcome with stress regarding how my students would behave in class. Would they be disruptive? Would they listen to directions? Would they argue with each other? Would I be able to keep them engaged in the lesson? Rather than flood myself with “what ifs”, I knew that I had to be proactive with my classroom management and remember what I learned during … END_OF_DOCUMENT_TOKEN_TO_BE_REPLACED 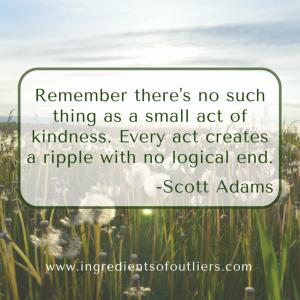 It was just a normal day for server Omar Ramirez at the Rio Mirage Café in El Mirage, Ariz. He had been waiting tables at the restaurant for six years. During his shift on Thursday, November 7, he waited on a table of two, generally an easy feat for such a seasoned waiter. Towards the end of the meal, the two people were in quite a rush to get their check, but for a reason Ramirez did not expect. Upon opening the tab post-service, Ramirez discovered the table had left him $500 in addition to his tip! Ramirez is the 76th person around the country to receive a tip of $500 from Seth Collins … END_OF_DOCUMENT_TOKEN_TO_BE_REPLACED