From Chapter 7, “Tolerating Risk: Being a Doer, Not a Dreamer” in Ingredients of Outliers 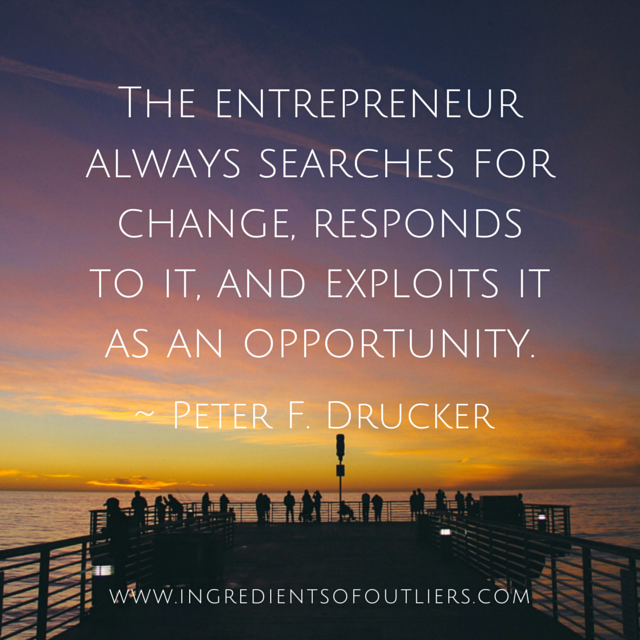 I’m optimistic, probably to a fault. This optimism allows me to approach challenges in a way that helps me look at them as opportunities as opposed to obstacles. However, I don’t mean you should be a Pollyanna. You should be approaching challenges with the requisite diligence and concern. Despite this, you can always find a silver lining in almost every situation.

Here’s why I’m optimistic. I’ve learned from experience that things generally work out. I also know I usually end up in a better place after they do. I always learn something and I like a challenge.

Part of this is from my emergency medicine background. It goes back to this thought: no one is dying, so how bad could it be?

Note: there is a downside to perpetual blind optimism, though. It happens when you fail to recognize the danger from a large impediment or barrier because you’re so busy discounting its importance and looking for the silver lining.

I work with a fantastic team of realists who have the ability to see both sides of the issue and who will occasionally focus on the negative side. I’m sure there are times when my always-optimistic outlook drives them crazy. I know for a fact that attitude has driven at least one CFO to insanity (though I think he may have already been part way around the bend when he came on board—he had a riding crop mounted on the wall in the office).

Anyway, at one point of my business life we were trying to grow the business with very little capital. In 1995 I had the brilliant (not really) idea to franchise the concept. After two years, I thought we had a pretty good operating model that could be reproducible in other markets.

In essence, we adapted to our lack of capitalization by selling our platform. We learned, however, that providing healthcare isn’t a model that’s easily franchiseable, mainly because there’s no way to protect your brand. One bad apple could destroy the entire entity by providing less than acceptable service or care.

While we were slugging it out trying to promote this concept, someone from the Wall Street Journal left a message for me to call him as soon as possible. I thought we were finally going to get some recognition for this—at the time,—ground-breaking idea. After three days of phone tag, I finally reached him. “Dr. Shufeldt, it’s great to finally get to speak with you. Would you like to increase your subscription from one year to two?”

Postscript: As luck would have it, I had the opportunity to again franchise urgent care centers. Not learning from my first foray, I had to learn the hard lesson again. This time, not only was it some of the franchisees with a small taste of success who “knew it all,” it was two of my “partners” who agreed with them. Time will tell but for, my money, I’m betting on red (ink).

Previous: 10 Parallels Between Sales Training and Leadership Development
Next: Transitioning Into Medical School Can Be Less Stressful With The Right Planning