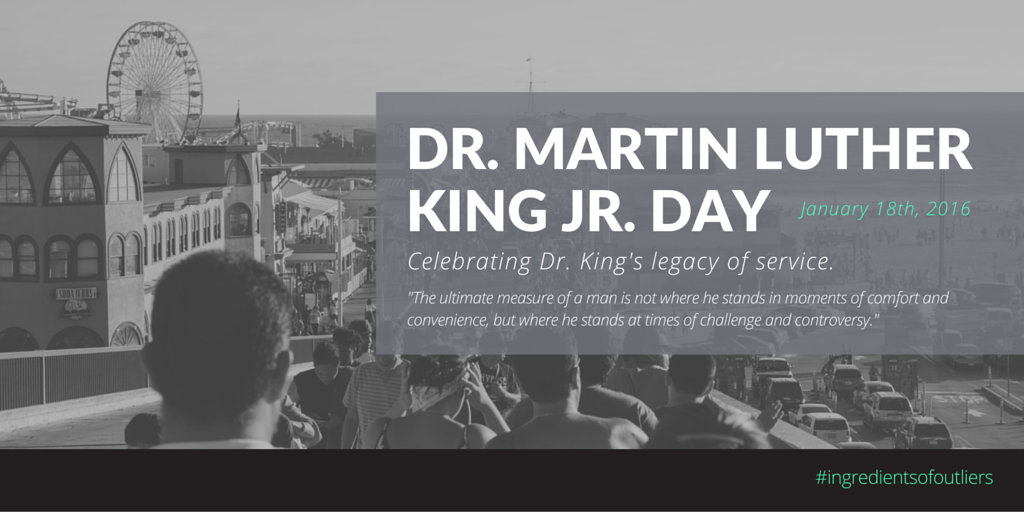 Dr. Martin Luther King Jr. brought so much hope and healing to America. His legacy is one which teaches valuable lessons of courage, compassion, dignity, humility and perseverance. With violent protests overtaking the news, MLK Day (January 18th), is a great time to stop and remind ourselves of the powerful leadership Dr. King provided in times of difficulty. His forgiveness and nonviolent demonstrations lead a nation to change for the better.

To find more information about MLK Day, please click here. Want to know some fun facts about Dr. King, like that his name really isn’t Martin? Click here to find out more!

In relation to our civil rights, we recently talked about  Human Rights Day, learn more about it here.

Previous: Never Give Up and Never Give In
Next: Knocking Down Barriers