Many of us have paid time off over the holidays, but there are those heroes, who either “take one for the team” or are required to work because of the nature of their job. From police officers and emergency workers, to cashiers at the grocery stores, and the food servers bringing others a holiday meal. I have worked some holidays in years past, but this year, I am fortunate to spend time with my family, all the while others are resuming their normal duties. While I enjoy each of these cherished moments to the fullest, I don’t want to miss the opportunity to recognize those who are working while others celebrate.

In recognition of all of you everyday outliers who are working hard over the holidays, I am posting a story that came across my desk (literally hand-typed) from an 88 year old family physician we recently interviewed for the upcoming book, Outliers in Medicine. It’s a short story of the tough choices we are faced with day in and day out, and sometimes at the most inconvenient of times. The story is particularly a treasure as not only does it show the changes in medicine today and yesterday, but it is also special as a memory of a great man who recently passed.

Dr. Robert Warren Cromer was a WWII veteran and Purple Heart recipient. After the war, he went to medical school and practiced as a family medicine physician for 60 years in a remote area in Wisconsin. He made his family a priority although he was involved in the community on the local school board and operated a successful medical practice. We were fortunate enough to interview him for our upcoming book just months before his passing. Dr. Cromer retired two weeks before his last breath at age 88.

It was Christmas Eve and my wife and I with our small children were opening family presents. The presents from Santa would be opened in the morning. The Christmas tree was resplendent with colored lights and fancy ornaments. It was cozy and warm inside while outside the snow was falling harder and harder. It was a sort of magical moment when the children still believed in Santa and were filled with wonder and expectation. Opening the few presents now was a prelude the the morrow. It was one of those moments that you wish would last. And then the phone rang.

It was forty years ago in the early days of my practice in a rural community. Office calls were $2.00 and house calls were $4.00. If the call was out in the country, a charge of $1.00/mile, one way, was also made. We made many house calls in those days.

The call was from a local community member named Jack Smith  (
name and patient details changed for privacy). I knew the Smith family well. Jack and his wife lived out in the country at the far end of a remote gravel road. Living with them was their daughter, a young woman who was severely disabled both physically and mentally. She was bed ridden and could not speak. Her mother and father had taken care of her for years with love. I had come to see her several times in the previous couple of years, mostly for minor problems. 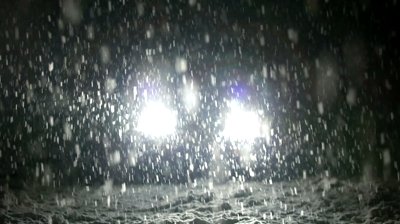 Fortunately my car was a used Jeep with four wheel drive (one where you had to turn the hubs). By now we were in the midst of a real blizzard. As I headed down the highway the windshield wipers could hardly keep up with the snow. The headlights only penetrated a short distance into the white world. When about 15 miles down the main road I began to scrutinize the side of the read looking for the entrance to the dead end gravel road. At the end was the Smith house… ah there it is! Now I was really glad that I had a four wheel drive vehicle as it was a long road, winding through the forest and of course it wasn’t plowed. Finally I saw a faint glow. It was the yard light.

Their daughter was really quite ill. She had a fever and a nasty cough. When I listened to her chest, she had scattered rales. Though she couldn’t talk her eyes were fixed on me anxiously. I wondered if she knew I could help.

She had pneumonia, I thought. This was in the days before everyone went to the hospital, and in addition, her parents wanted to keep her at home anyway. So I gave her an injection of long acting penicillin and wrote o 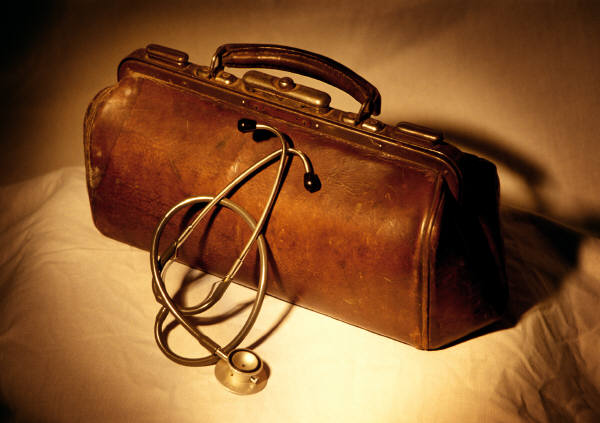 ut prescriptions for cough medicine and penicillin tablets. I told them to give her plenty of fluids and try to keep her in a sort of semi- recumbent position. Then I walked out their front door and back in the blizzard. She survived.

On the way home, as I drove slowly along through the storm, it seemed to me that I had just been subjected to a test. Of course we had many tests in medical school and some afterwards but nothing like this. It was as if some Presence had wanted to test me to see if I was a real doctor. I like to think that I passed the test.

A news interview about his inspiration from WWII to become a doctor [VIDEO]: