Author, physician and entrepreneur, Dr. John Shufeldt has a passion for studying extraordinary individuals to find the key ingredients of their character and success to share with others. The term he uses to describe these individuals can be found on the title pages of his books and are peppered throughout his everyday vernacular. The term is the title of a Malcom Gladwell book, Outliers. In Shufeldt’s Outlier Series, he takes the concept, revealed and studied by Gladwell, and seeks to make the key traits identified in various historical and contemporary figures applicable to readers, to help them achieve more than they previously thought was possible.

Shufeldt’s third book in the Outlier Series, titled Ingredients of Outliers: Women Game Changers, seeks to highlight the accomplishments of six extraordinary women. His idea for the book came from being profoundly inspired by the individuals he was interviewing, many of them women; from their untold stories of the hurdles they overcame because of their gender, and the need for contemporary stories like theirs to inspire others. One of the six women featured in the upcoming book, is Christine Jones. 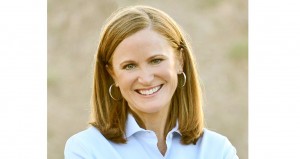 Jones is a standout and a game changer. She is known for her exceptional ability to get things done and do them with flying colors. This is made obvious almost immediately in her demeanor, but is also apparent in common statements she uses like, “Stop talking about it and just do it”. As of late April 2014, Jones became an official 2014 Arizona Gubernatorial candidate after turning in 21,580 nominating petition signatures.  She previously worked in the corporate sector as General Counsel, Corporate Secretary, and Executive Vice President of GoDaddy where she made significant strides in influencing public policy. Jones made it her priority to fight for a better, safer online experience for users, particularly children. But that’s not all folks, she stays involved in many charitable and volunteer projects including providing pro-bono legal work, and lecturing on internet safety to teens, while mentoring young women on a variety of subjects.

Jones’ story is more remarkable than we can share for our purposes today, but not to worry, we are bookmarking this discussion for a more detailed interview behind the scenes. As part of the Outliers Series, Dr. Shufeldt recently announced that he will be including Kindle Singles as previews to the upcoming book Ingredients of Outliers: Women Game Changers. The first sneak peak into the latest book will be a Kindle Single featuring Christine Jones. It will include an exclusive interview with Jones about her extraordinary experiences and the characteristics we admire, as well as an action guide and recommended resources. Stay tuned for a release date!

You can find the Outlier Series books on Amazon and the official Ingredients of Outliers website. Multiple book formats are available including paperback, hardcover, eBooks and an audiobook.

For information on Christine Jones as a Republican Candidate for Arizona Governor click here.

Previous: Are you Surrounding Yourself With the Right People?
Next: How 5 Minutes of your Day can Change Someone Else’s Life.